Your official tour guide to the Ohio Senate website 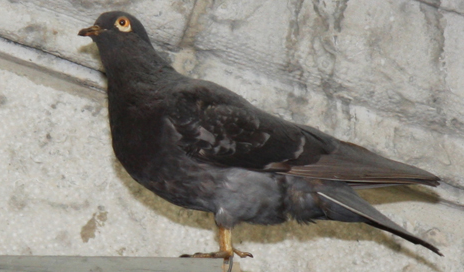 Though the cardinal has enjoyed its status as the official state bird since 1933, the Statehouse is home to another notable avian-Ohioan. Quietly perched in the doorway between the Statehouse and the Senate Building, Pete the Pigeon has seen many senators come and go over the years. Pete will be your official guide to interesting facts, legend, and lore about the Ohio Senate.

Prior to the renovation of Capitol Square, people had to brave wind, rain, and... pigeons as they crossed back and forth between the Statehouse and the Senate Building.

In 1994, the space between the two buildings was enclosed to create the Capitol Atrium, a stunning gathering place used for special events. All the pigeons have moved on now, except for Pete.